to Control Cyber-bullying In Schools

Cyber bullying is a relatively new twist on an age-old problem. Definitions vary, but cyber bullying is generally described as intentionally and repeatedly harming another person via electronic media, including but not limited to email, text messages, IMs, private messages, website content, and social networking sites. Cyber bullying is prevalent in middle and high schools, believed to involve almost half of all students, according to the Anti-Defamation League. 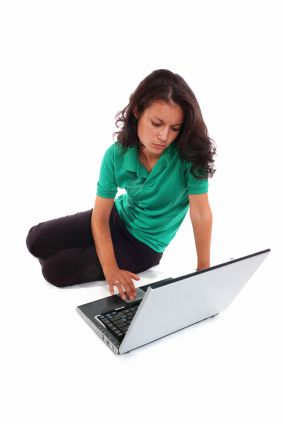 Students on the receiving end of electronic bullying are susceptible to the same problems as those targeted by in-person bullying. Victims suffer with short-term and long-term effects, including antisocial behavior, low self-esteem, anxiety, anger, depression, and more. Young people subjected to intense and prolonged bullying or cyber-bullying sometimes become so overwhelmed they turn to suicide as the only perceived escape from their torment.

Cyber-bullying is often harsher and more damaging than traditional bullying. Cyberbullies can remain anonymous in many circumstances (or even impersonate someone else), removing much of the fear of intervention and repercussions from teachers, principals, or parents. They may also widely disseminate their abuse online, compounding a victim's humiliation. Physically isolated from their victims, cyberbullies largely avoid witnessing the consequences of their behavior and feel less of the restraint most people naturally experience in person.

Schools are faced with a unique problem with cyber-bullying. It is often perpetrated off school grounds and after school hours. When it does go on in school, it is often on students' personal electronic devices. Where cyber-bullying is concerned, there is considerable gray area when trying to determine where a school's authority begins and ends. School employees, parents, and lawmakers alike have differing views. On one end of the spectrum, some believe schools sometimes intrude too much into students' personal lives in these matters; at the other end of the spectrum, some believe any bullying between students is always a school issue and that personnel are responsible for intervention.

Still, there is much schools can do without being overly intrusive. Administrators and teachers should be educated about risks, new trends, warning signs, and how to reach out to victimized students. Schools must share this information with students and parents, too. Informative assemblies, campaigns promoting awareness, professional development opportunities for staff, parent conferences, and other educational steps can help.

Schools must establish clear rules for student use of computers. Cyber-bullying should be clearly defined by schools and a no-tolerance policy instated, advertised, and enforced. Software that blocks certain websites and that monitors student activity should be in place. If schools obtain software that tracks online activity and allows for recall of emails, instant messaging, and other student communications, cyber-bullying is considerably easier to uncover and act upon, with all necessary evidence in hand.

Regardless what steps schools, lawmakers, parents, organizations, and others take to stop cyber-bullying, it won't disappear. With a proactive, multifaceted approach, it can certainly be reduced, but to ever assume it doesn't exist would be naïve and endanger children. It is crucial that schools reach out to victimized students. This can be done broadly by ensuring students know where to turn for help and by strongly encouraging them to do so. It can also be done individually when school employees observe cyber-bullying or warning signs of such abuse and privately offer assistance directly to students. Ultimately, no matter where anyone believes a school's right to intervene begins and ends, a victimized student's welfare is unequivocally a school's concern.

is an enterprise-class Internet monitoring, filtering and control software program designed to monitor and control the Internet activity of multiple PCs and thin clients from a central location. Pearl Software's products provide all the necessary features required to enable your educational institution to maintain CIPA compliance.

is a stand-alone module of Pearl Echo.Suite used to monitor and control access to specific web sites or general categories of web sites. Using Website.Echo, administrators can set web access permissions based on time controls, enabling the lock-down of machines in after-hours periods or providing freer access during personal time for students and faculty.

is a stand-alone module of Pearl Echo.Suite used to provide network administrators with an efficient means to manage student and faculty IM usage. IM usage permissions can be set at the computer, group and user level to restrict IM activity based on specific protocols, time controls, keyword triggers and trusted contacts.

is a hosted DNS service with the additional capability to determine if a Web site violates your desired filter rules before it returns the Web site's IP address. Web requests of network users and guests are pointed to the Echo.Cloud.Filter for filtering without having to add any extra software or hardware.